February: The month of two weathers 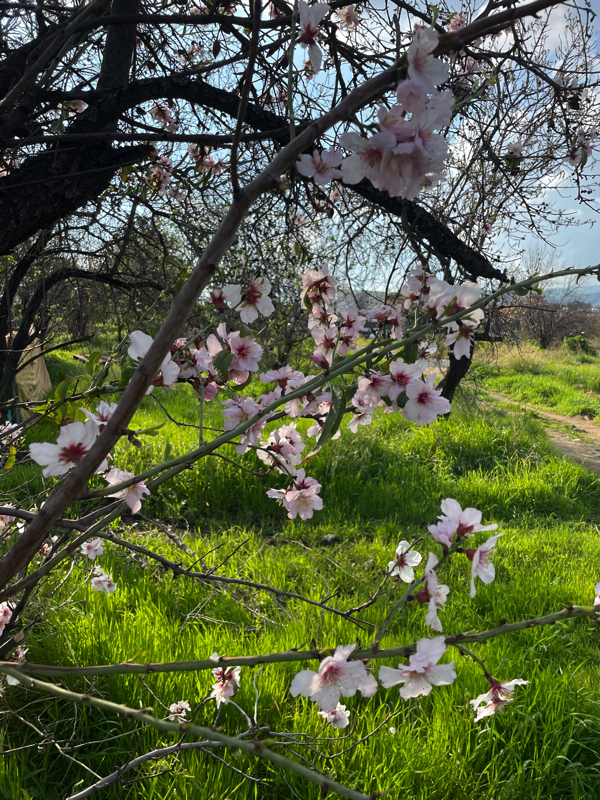 February started foggy…like driving through Silent Hill, I’m on the edge of the world foggy! And then bam (or a very holy ahhhhhh), the clouds parted and Polis was bathed in sunlight! February is the month of what is going mistress weather?! Take last year…the highest temperature recorded at Pafos Airport was 24 degrees…the lowest was 2 degrees! Yes I know there it will be at different times of the day but it’s one hell of a jump! Drousheia even had snow! Don’t forget, the start of the month will be slightly different. The season of Not Summer is so short that big changes can happen in a month!

This is a 30 min drive taken at the start of February from Peyia to Polis… The height difference above sea level isn’t even dramatic…From Paphos we only gained a height of 650m before we went back down but the difference in weather was astounding!

I guess the weather can’t even make up it’s mind to being wet or dry year on year! Look what February transitioned too! The blossoms are coming out and its so beautiful . I cannot wait until they are out in full bloom and covering all the trees!

At the date of writing this report, (Valentines day…this website is my valentines ha), it had rained in the region more than half the days and one day absolutely monsooned! However, it turns out Polis is only at 48% rainfall so far this compared to the average for between 1961-1990! There has been a 12 degree jump between temps so you are either in spring or the depths or winter still! Between 2016-2021, the average temperature in February has risen by 2 degrees when you compare it with the average between 1961-1990. That’s like a difference between a wetsuit or a bikini ha! Kidding…it takes a brave person to swim now! Feb/March have the coldest water temperatures at around 17 degrees eeek! It’s the Mediterranean version of ice swimming! Lets have a look at some mid February weather information for the area…

Maybe the months are changing? The seasons of Summer and Not Summer are changing…February seems to be getting a bit dryer (especially since the washout of a few years ago) but from October to now, the average rainfall between 1961-1990 is pretty much on par. Maybe December or January is going to claim the title of the wettest month where wellies are a wardrobe staple!!!

Each February does have big gaps between the highest and lowest temperatures during the day and at night. There will be rain, so my advice is layers, wellies, trainers (not together or maybe one on each foot?) a light waterproof and an umbrella. The Akamas can be great for walking at this time of year but my goodness will some of it be muddy! You will need a solid pair of walking boots, a stick and layers. My advice is to skip the walk in Feb and jump on a buggy instead (look at Petrides Rentals). You will also get to see more of the Akamas! More of the blossoms coming out but try and avoid the fog!

If you want to find out more info on average rainfall and temperatures for February over the years, take a look at the data here.

Beach side paradise: No. 9